Following a statement issued by the management of NIRSAL Microfinance bank for the repayment of Central Bank of NIgeria CBN Fifty billion Naira COVID-19 loans, an activist Olayiwola Ibrahim has called for a proper scrutinization on the disbursements of the credit facility which was released in March 2020.

According to Ibrahim, a committee should be immediately set up over the misappropriation of funds to trace how the money was disbursed from one end to another.

The Lagos based activist described the statement issued on its twitter handle on Monday 8, 2022 by the financial facility as a mess to the CBN and the country itself despite the provision of Bank Verification Number and account number used in accessing the funds of a whole 80,000 applicants.

While describing the financial facility as lack of potentiality, Ibrahim noted that the funds can be recovered by taken a critical look on the documents submitted to track the applicants with their Corporate Affairs Commission CAC and other affiliated documents.

More so, the Bank can also conduct an internal review of applications to ensure compliance with stipulated requirements of the applicants. 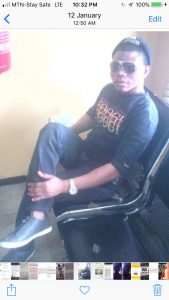 He enjoined the government to play their part at ensuring that government funds and property should not be mishandled inappropriately without prompt evidences to trace their sources in order to recover such funds as described above. Oyigbo Quakes As Dike Empowers Over 2000 Constituents, demystifies the PDP...